Our assets are used by people all around the world - in fact more than half our users don't choose English as their first language!

If you'd like to help us translate the site into other languages, please reach out to us on Discord or by email.

All text on the site is stored as a series of strings (sentences, paragraphs, buttons, headers, etc).

The service we use for translations (i18nexus) automatically translates strings by default using Google Translate, which is a good start, but requires manual review and corrections.

The basic workflow is thus to go through the list of strings and confirm or tweak the existing automatic translations.

All strings have either an attached screenshot or a desciption (in the left most column) to provide some context on where the string is located on the website. 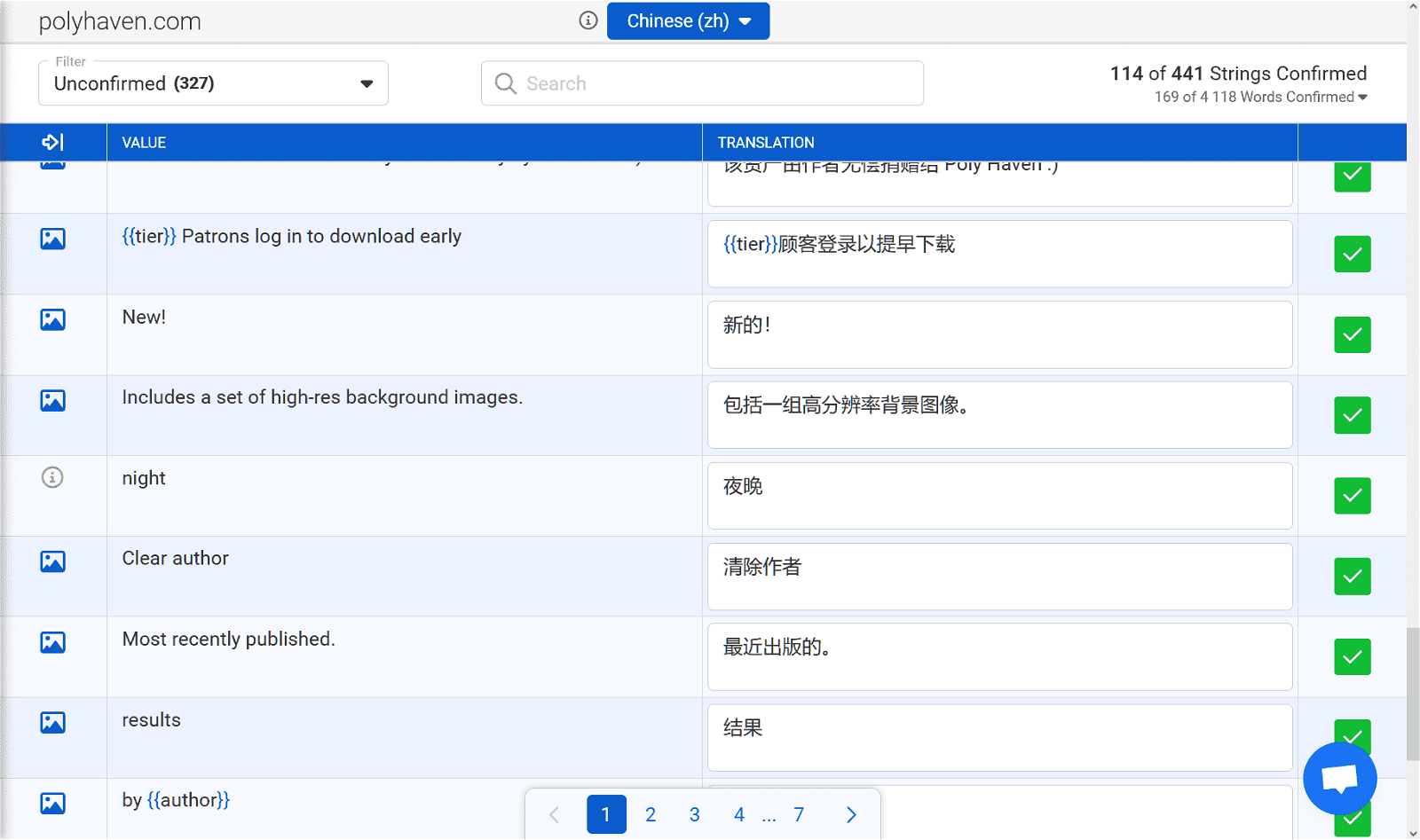 If you help contribute a significant portion of string translations (100+ strings), we want to thank you by:

Make sure that the names of websites, software, and people are not translated, such as "Poly Haven", "Discord", "Patreon", etc.

When you see a set of double brackets, like {{this}}, this indicates a variable that will be replaced by a value on the site.

Make sure that sentence structure is maintained, but don't edit the text inside the brackets ("count" in this example).

Similar to {{variables}}, there are often HTML tags of various kinds present in the source text.

You can edit what's between the opening and closing tags, and fix sentence structure, but don't edit the tag name itself.

The <strong> and <em> tags are generally used for emphasis, while <lnk> is a link to another web page.

Thanks to our <lnk>supporters</lnk> for making Poly Haven possible

Would be translated to:

The database of translations is automatically filled with translations from Google Translate. This provides a good start, but it usually breaks formatting of tags and smileys.

This is a sentence with a <lnk>link</lnk>, and then a smiley :) Thanks!

Which is auto-translated to:

But it should be:

Notice there is no space before the <lnk> tag, and the colon is moved one character to the left.

Often the automatically translated text does not maintain the same case as the source text.

This Is A Title

When it should be: